You are here: Home / * PRESS / Research / Global governmental Space Exploration investments to reach $31B by 2031 as public and private players reach for the Moon

Paris, Washington D.C., Montreal, Yokohama, Sydney, 3rd of November 2022 – Since the 1950s, the space exploration market has been characterized by a small number of large spending nations as they raced to establish new boundaries for science, technology, innovation, and international prestige. However, leading space consultancy and market intelligence firm Euroconsult suggests that a major transition is taking place, as collaboration between different governments, as well as between public and private organizations, provides a further boost to the increasing investments from established players like the U.S.

The latest edition of the Prospects for Space Exploration report from Euroconsult predicts global governmental investments in space exploration will reach $31B within the next decade. The report identifies key budget drivers that include the continuation of increased funding in transportation, orbital infrastructure, and in lunar exploration. The public and private focus on establishing a sustainable lunar presence, while also maintaining a sustained LEO human presence, will also beat the heart of space exploration roadmaps in the years to come.

The company predicts that the expansion of international involvement in the space exploration market will result in a new era, in which government investment levels are expected to reach up to $31B by 2031, despite ongoing geopolitical issues.

Euroconsult’s latest ‘Prospects for Space Exploration’ report found that more countries than ever are joining the space exploration market. Newcomers or recent players include Australia and the U.A.E., with overall government investments towards space exploration in 2022 at 59% higher than 10 years ago.

Space transportation programs are expected to remain the most funded application for the next decade, reaching $10.7B by 2031. This is in part due to the support needed for the development of the human lunar landers and the SLS/Orion as part of the Artemis program. To this end, the Artemis accords have been signed by a total of 21 nations, signaling wide-scale international collaboration and a new wave of global investments which will result in lucrative partnership agreements with private sector companies that are expected to grow in the coming years.

Meanwhile, China is developing the International Lunar Research Station in partnership with Russia with the project expected to tie up an important portion of the budget for Chinese space activity for the foreseeable future. When combined with transportation applications, orbital infrastructure projects currently represent over 58% of the total space exploration budget.

Miguel Ouellette, Principal Advisor stated, “Our forecasts indicate that lunar and cis-lunar activities will provide a major focal point to catalyze investment in the space exploration market over the coming years. In fact, moon exploration will act as a ‘steppingstone’ towards future Mars endeavors, and government investments in this application are projected to drastically increase by over 4.6x in the next decade when compared to the previous one.”

He added, “Private companies are expected to play an increasingly important role in these developments, with as many as 60 commercial lunar missions to launch within the next decade. However, the role of governments will still remain crucial in order to support the industry, especially as a customer of commercial solutions, as well as in terms of sharing costs, risks, and responsibilities for space exploration endeavors.”

For a deeper dive into the company’s insights on the next decade of space exploration, including all of the key drivers and trends, read Euroconsult’s ‘Prospects for Space Exploration’ report available at https://digital-platform.euroconsult-ec.com/product/prospects-for-space-exploration, where a free extract is also available for download.

The Euroconsult team has been involved in a series of space exploration studies for governments and private organizations, including providing strategic support to space agencies in defining investment strategies in lunar exploration, conducting international benchmarks and long-term scenario analyses, due diligence exercises on private space exploration companies, and producing insight for a Mars sample return mission. Most recently, they have undertaken a 12-month study assessing the socio-economic impacts of ESA’s space exploration program, Terrae Novae. Euroconsult has also conducted a two-year study for the CSA to identify possible Canadian contributions to future international lunar surface exploration initiatives.

The Euroconsult Group is the leading global strategy consulting and market intelligence firm specialized in the space sector and satellite enabled verticals. Privately owned and fully independent, we have over thirty years of experience providing first-class strategic consulting, developing comprehensive market intelligence programs, organizing executive-level annual summits and training programs for the satellite industry. We accompany private companies and government entities in strategic decision making, providing end-to-end consulting services, from project strategy definition to implementation, bringing data-led perspectives on the most critical issues. We help our clients understand their business environment and provide them with the tools they need to make informed decisions and develop their business. The Euroconsult Group is trusted by 600 clients in over 50 countries and is headquartered in France, with offices in the U.S., Canada, Japan, Singapore, and Australia. www.euroconsult-ec.com 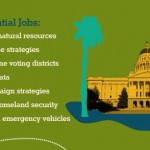