You are here: Home / *FEATURES / Feature – LiDAR and Imagery is Now Widely Used for Airport Mapping

Via our partner site at LiDAR Magazine… In FY 2007, the FAA issued three Advisory Circulars to provide guidance for the collection and submission of aeronautical data and to identify the FAA’s GIS data model for airport-related data.

The main goal of the Advisory Circulars was to develop satellite-based approach procedures and to better utilize and manage the National Airspace System. This will use GIS data to create electronic Airport Layout Plan (eALP) for airports. The eALP includes the obstruction and approach information for the airport. There are several remote sensing companies that specialize in this type of mapping and so far this approach has been very successful. The FAA was at first reluctant to use LiDAR for this type of mapping but after some work by the mapping profession the FAA has accepted the use of LiDAR for this applications. In turn added benefit, from collecting LiDAR in addition to imagery was realized. There now are hundreds of airports using a combination of remote sensing technology to manage facilities and help operate airports, this is not just for obstruction and approach mapping.

In September 2009, the FAA reached the proof-of concept milestone for completion on a deployable eALP module and then beta testing was conducted from Airports GIS data gathered from 37 pilot program airports across the county. For more information about Airport GIS and the electronic ALP can be found on the FAA’s Airport GIS website (https://airports-gis.faa. gov/public/index.html).

The FAA requires a full spectrum of information of airports because there is so much required to operate an airport and the bigger the airport the harder it is to operate. Detailed information is required for every aspect of an airport from but not limited to the taxiways, runways, traffic lanes for service vehicles, buildings, terminals, and all the signs and assets associated them. 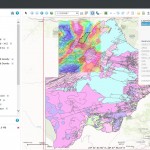