September 7, 2012 – Fort Kent, Maine-Authorities say differences between GPS systems in the U.S. and Canada were behind the international bridge construction error this summer that severed a wastewater discharge pipe.

A spokeswoman for the New Brunswick Department of Transportation tells the Bangor Daily News (http://bit.ly/Spyivw) the GPS coordinate system upon which surveys typically are based is different in the U.S. than in Canada.

She says the problem was not, as has been speculated, a failure to convert metric and standard measurements.

Workers on the bridge connecting Fort Kent and Clair, New Brunswick, were installing a large metal wall in July when a pipe carrying treated effluent from the Fort Kent wastewater treatment plant to the river was severed.

The error had no environmental effects.

The cost of the $13.9 million project is being shared. 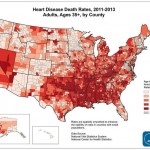