You are here: Home / *BLOG / business / What is a Minimum Viable Product (MVP)?

Launching any startup is not only a thorough study and detailed analytics, but also an element of randomness. At the initial stage, not a single businessman knows exactly how consumers will perceive a new proposal – there is only an idea about the existence and satisfaction of a certain need, and a hypothetical vision of how this process will develop.

However, a smart planning approach can reduce potential risks by gaining a more detailed understanding of user expectations and experiences. One such concept was proposed as part of the book Lean Startup by Eric Rees. It is based on the concept of MVP (if you give a decoding of what it is – minimum viable product, or minimum viable product), which implies the launch of a preliminary version with basic functionality offered to customers at an early stage, and, in the author’s opinion, critical for any project.

However, as with any situation, it is important to use the tools at your disposal correctly to achieve maximum results. Where to start, what mistakes are best to avoid, and what to do to unleash the full potential of the future proposal? Let’s figure it out.

Product MVP – what is it

Minimal viable  Product is a test version of a future product, service or service that has one or two key functions that are valuable from the point of view of the target audience. The MVP does not offer all the additional options that are planned to be included in the final version, but it allows you to demonstrate its practical benefits, specify the list of tasks to be solved, and check the validity of the hypotheses that underlie the starting strategy of the project. The idea of the experiment is to develop a real operating concept that provides the ability to obtain the maximum amount of information in the form of feedback that characterizes the loyalty of the market, and is necessary for making further decisions.

Why MVP is Important for Successful Business Development

Each startup is the embodiment of an idea designed to solve a specific problem and satisfy the needs of a selected target audience and needs mvp for startups. The higher the significance of the tasks to be solved, the more valuable the offer from the point of view of potential customers. The profit center demonstrates what the proposed product means to consumers, how they react to it, and how much it meets their expectations.

According to statistics, seven out of ten projects launched fail. Among the common reasons are the untimely and uselessness of ideas that initially seemed important and necessary to their creators. Determining the minimum required functionality allows you to efficiently allocate production resources in accordance with the set goals. MVP development generates interest in a new proposal that has not yet been brought to an optimal state, but is already solving specific problems.

The Lean Startup concept is based on an iterative measurement-learning cycle that allows you to come up with the ultimate goal of meeting market demands. When creating an MVP, the company focuses on the core values of the idea, prioritizing functionality. Read more on https://djangostars.com/blog/eu-mortgage-startups/

What is MVP for?

Summarizing the starting points, we can say that the minimum viable product is: 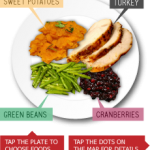