If you want to give video editing a shot, you may be discouraged by all of the expensive options you have at your disposal like Pinnacle Studio or Corel VideoStudio Ultimate. If you’re trying to save money, you may have gotten the great idea to find some free video editing software.

Unfortunately, like so many other things in this life, a lot of video editor programs that claim to be free are really just gimped free trials that try their hardest to get you to subscribe for full features. Over the course of today’s guide, we’re going to take a look at some of the best free video editing software that is actually free.

If you’re looking for an alternative to professional software like Adobe Premiere Pro and Final Cut Pro X, then look no further than HitFilm Express. This piece of free video editing software comes included with a wide range of impressive features, including motion tracking. Motion tracking allows you to create composite shots with relative ease.

One of the only things you have to do to access this free editor is to share a status update that you downloaded it on one of your social media pages, but hey, it’s free! This is also a cross-platform video editor that you can use on both Mac and Windows.

Some other advanced editing tools that you’ll get with this program include the ability to create visual effects and to edit a clip’s color grading. While this free software may have a steep learning curve, it also has an intuitive interface, balancing out the difficulty of learning it.

The next piece of free video editing software that we’ll be going over is Lightworks, and this is one of our favorite video editors. Lightworks supports 4K video and it can be used on Windows-Linux-Mac, making it a truly cross-platform video editor.

Similar to iMovie, this program is easy to use thanks to its interface. Lightworks also features multicam editing, allowing you to easily work with clips that were captured by different cameras. Advanced features in Lightworks include the ability to edit motion graphics and other visual effects.

Lightworks also features a bunch of stock audio and video clips that you can use to bring your software to the next level without having to shoot everything yourself. Much like some of its competitors, Lightworks supports 4K video as well as a bunch of advanced video formats.

Apple iMovie comes included with macOS by default, and this makes it one of the best free video editors, provided you aren’t working on Windows or Linux. When exporting your work from iMovie, you’ll notice that it has support for 4K as well as a wide range of file formats.

One of the best things about iMovie is the very shallow learning curve that it has. This is due to its extremely simple drag and drop interface that still allows you to access advanced editing tools if you have the know-how. iMovie is essentially Apple’s counterpart to the now-defunct Windows Movie Maker.

While this free video editing software may not be as advanced as Final Cut Pro X, it provides an affordable alternative to it for Mac users who aren’t quite sure if they’re willing to pay for a subscription to it. The only downside is that you’re restricted to using iMovie on Mac OS.

The next free software that we’re going to discuss is VideoPad, and this program has a reputation for making editing easy. The approachable learning curve of this program is directly related to its quality interface and wide range of options that it makes available to beginners, including otherwise advanced features.

VideoPad can be used on both Windows and Mac, and it provides you with color grading and audio editing tools that are far more advanced than in many other simplistic video software. VideoPad also comes with other editing features, including stabilization and custom-made transitions.

Unfortunately, VideoPad lacks many of the advanced tools that you’ll find included in more complicated video editing software. For example, you won’t be able to engage in 360-degree video editing and you’ll also miss out on multicam editing features.

DaVinci Resolve is the last free video software that we’ll be taking a look at, and this program is yet another cross-platform Windows-Mac-Linux offering. You can edit much more precisely with this program because of its advanced trim interface that allows you to edit videos in further detail.

You’ll also have access to dedicated audio tools and color correction features, like in many other advanced editing software offerings. If you’re trying to sync up video and audio, you’ll also be able to take advantage of this video software’s intelligent sync features that will do it for you automatically. 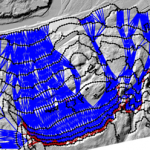