22 January – As of the morning of the previous map (16 January) the whales were off Port Angeles. They continued east into Puget Sound, circumnavigating Vashon Island on Saturday, and then made an excursion up into Saratoga Passage on the east side of Whidbey Island. They headed back south and exited Puget Sound on Sunday but only went as far north as the eastern Strait of Juan de Fuca before returning south as far as Pt. No Point in Puget Sound on Tuesday morning. As of this morning (22 January) they are in the western Strait of Juan de Fuca (red dot).

10 January 2014 — As of this morning, the whales are in about the same place they were four days ago off the west side of Texada Island in the northern Strait of Georgia (see previous map – 7 January 2014). Today’s map illustrates their extensive travels through this area.

7 January 2014 — Although the last location (red dot) on the previous map (2 January 2014) suggested that L87 (and J pod) were headed to the outer coast, that didn’t happen. The whales spent a day and a half in the central Strait of Juan de Fuca making two close approaches to the Victoria waterfront, both at night. They then headed north up Haro Strait and through Active Pass and then up the east side of Texada Island and have remained north of there for the past 2 days in an area they visited about a week ago. As of this afternoon they appeared to be headed south.

2 January 2014 — L87 and the rest of J pod (and K pod) have moved extensively throughout the Salish Sea during the first week following tag deployment. The whales made a circumnavigation of Texada Island in the northern Strait of Georgia before returning to Puget Sound. We were able to get out with the whales in Puget Sound yesterday and collect scales from a predation event as well as fecal sample. As of the evening of New Year’s day, the whales had traveled to the central Strait of Juan de Fuca.

30 December — As a continuation of a project began in 2011 to help us understand where Southern Resident killer whales go in the winter, and thus their winter habitat use, we tagged an adult male, L87 (who is most commonly sighted with J pod), in Puget Sound on December 26, 2013 with a satellite-linked tag. The information gathered from this tag will address the data gap in winter distribution identified in the Recovery Plan as well as provide information for improving Critical Habitat designation. This technique has been identified as an important approach for addressing this issue by the independent science panel that assessed the impact of salmon fisheries on Southern Resident killer whales (Panel’s findings).

The first tag deployed on a Southern Resident (J26), in 2012, yielded only three days of data, and while providing a brief glimpse of where J pod travels on the outer coast, more data is needed to understand the winter movements of J pod. We will post updated information and maps on this page for the duration of the tag deployment. For more information about the Satellite Tagging Project, see our FAQs.

Currently, less is known about the coastal distribution of J pod than K or L pod during this time of year because J pod has only been detected on one of our seven passive acoustic recorders (and infrequently at that) – the northernmost inshore mooring off Cape Flattery. As a result, J pod does not appear to travel very far south along the Washington coast nor do they go to Oregon or California like K and L pods. The lack of information on J pod’s winter movements relative to K and L pod is particularly acute in light of the substantial and extremely valuable movement data we obtained last year on a tag deployed on K25. We may deploy additional tags on K and L pod whales this year to assess their movements compared to the early winter movement data we obtained last year. In addition, little is still known about where the whales go during the spring months (April-June) so we are looking to deploy tags to cover this time of year as well.

The tag deployed on L87 is similar to the tags deployed J26, K25, and L88. In response to an attachment failure of the tag deployed on K25 last year (resulting in retention of an orphaned dart in the fin of K25) and as required by our research permit, we assessed the cause of the failure and worked with the tag manufacturer on a modification to mitigate for this possibility. The redesign incorporates a petal at the base of each dart to more drag on the dart in the event of transmitter loss, which will reduce the time the dart remains in the fin. 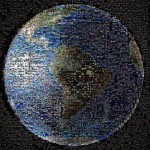