Students Will Unleash the Power of Maps for Scientific Storytelling Redlands, California—September 21, 2016—Smart mapping leader Esri announced it is engaging students all over the world in a new contest called the Global Content Challenge. With the power of Esri content at their disposal, students will tell their own compelling scientific stories using the Esri Story Map Journal app. Entrants will use personal geographic analyses, visualizations, predictive models, and more, to explore a variety of scientific themes.

“Esri views science as helping us to understand not only how the earth works but also how the earth should look,” said Esri chief scientist Dawn Wright. “Science is the study of how we should look at the earth. GIS places scientific data in a visual context.”

Judges will select the best map journals to be awarded prizes. Esri will share the winning map journals on its Collaborative Resource portal and feature them at Esri’s Federal GIS and Education GIS Conferences as well as Esri Young Professionals Network events.

Esri’s Global Content Challenge is open to undergraduate or graduate students at colleges or universities and to high school students enrolled in an advanced-placement human geography or environmental science course. Esri’s land, ocean, and population categories of premium content libraries will be made available so that entrants can enrich their stories.

Three winners will be awarded their choice of a cash prize or Esri software in each category. The first-place winner will receive $10,000 or software of equivalent value. Second- and third-place prizes are $5,000 and $2,000, respectively, or software of equal value. The competition will open on August 29, 2016, and entries will not be accepted after November 11, 2016, at 5:00 p.m. (PST). Winners will be announced onDecember 5, 2016.

Since 1969, Esri has been giving customers around the world the power to think and plan geographically. The market leader in GIS, Esri software is used in more than 350,000 organizations worldwide including each of the 200 largest cities in the United States, most national governments, more than two-thirds of Fortune 500 companies, and more than 7,000 colleges and universities. Esri applications, running on more than one million desktops and thousands of Web and enterprise servers, provide the backbone for the world’s mapping and spatial analysis. Esri is the only vendor that provides complete technical solutions for desktop, mobile, server, and Internet platforms. Visit us at www.esri.com. 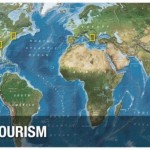