You are here: Home / * PRESS / Business / GPS Industries Named One of 50 ‘Florida Companies to Watch’

(SARASOTA, Fla.) – GPS Industries (GPSI) – the world’s leading provider of telematics and fleet tracking technology for low speed vehicles (LSVs) – has been named among the “50 Florida Companies to Watch” by GrowFL.

The economic development group, in association with the Edward Lowe Foundation, selected GPSI from among more than 500 nominees. The list recognizes Florida companies expected to see significant growth in the coming years. Together, this year’s honorees generated more than $1.2 billion in revenue and added nearly 1,000 employees between 2011 and 2014. They also project a 23% increase in revenue and 19% bump in job growth in 2015.

“GPS Industries is honored to be recognized by GrowFL,” says Ben Porter, CEO of GPS Industries. “Our technology and product line diversification over the past five years has enabled our growth and expansion; we look forward to continued success.”

“These stand-out companies are all led by entrepreneurs, and have demonstrated their capacity and intent to grow,” says Dr. Tom O’Neal, executive director of the Florida Economic Gardening Institute and associate vice president for the University of Central Florida’s Office of Research and Commercialization.  “They also all have critical intellectual property or a niche position that gives them a competitive edge in their markets.”

Companies named to the list will be oﬃcially recognized November 5 at the Hard Rock Live, Universal CityWalk, Orlando, Fla.

GrowFL provides strategies, resources and support, including strategic research and peer-to-peer CEO mentoring and leadership development, to second-stage Florida companies. Created by the Florida legislature in 2009 and grounded in the philosophy of Economic Gardening® —  growing existing businesses in a community, region or state — GrowFL is a critical component of the state’s economic development strategy and Florida’s entrepreneurial ecosystem. GrowFL is certified by the National Center for Economic Gardening through the Edward Lowe Foundation. For more information: www.growfl.com.

About the Edward Lowe Foundation

Established in 1985, the Edward Lowe Foundation is a national, nonprofit organization that supports entrepreneurship through research, recognition and educational programs, which are delivered through entrepreneur support organizations (ESOs).  The foundation focuses on second-stage companies — those that have moved beyond the startup phase and seek significant, steady growth. In addition, the foundation has a second mission of land stewardship and is committed to preserving the natural resources and historically significant structures at Big Rock Valley, its 2,600-acre home in southwest Michigan.

Formed in 2009 by Falconhead Capital in partnership with legendary golfer and businessman Greg Norman, GSPI is the world’s leading provider of GPS tracking, telematics and API integration solutions for fleet operators of low-speed vehicles (LSV’s) such as golf courses, master-planned communities, college campuses and resort properties. With its Visage Connectivity Solutions™ platform, GPS Industries’ devices and custom software solutions allow its clients to track, control and deliver content to their fleets.   Tracking more than 50,000 vehicles in over 50 countries, and with offices in Austin, Texas; Great Britain; Hong Kong; Sarasota, Fla; and Sydney, GPS Industries has become one of the largest vehicle fleet tracking providers in the world. GPS Industries has installed its technology on over 900 LSV fleets, primarily in North America, Europe and the Middle East, which represents an estimated global market share in excess of 85%. 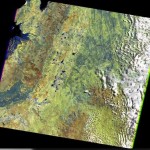