You are here: Home / *BLOG / Around the Web / Happy Birthday America! After achieving independence with the Treaty of Paris, the United States expanded westward, enlarging its borders seven times, with two major border adjustments, one each with colonies of the United Kingdom and Spain, and several small disputes. The original thirteen states grew into fifty states, most of which began as incorporated territories. The general pattern seen in this is of territorial expansion, carving of organized territories from the newly acquired land, modification of the borders of these territories, and eventual statehood. Only two states, Nevada and Missouri, grew appreciably after statehood, and five, Georgia, Massachusetts, North Carolina, Texas, and Virginia, lost land, in each case to form new states. 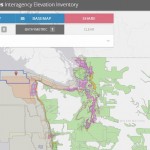