KIRKLAND, Wash., Nov. 21, 2014 — Americans preparing to drive on Wednesday in advance of the Thanksgivin gholiday can expect trips out of town to take at least 25 percent longer this year compared to a typical Wednesday afternoon due to increased traffic congestion. According to the annual INRIX Thanksgiving Traffic Forecast, the Wednesday pre-Thanksgiving rush hour is expected to begin two hours earlier than a typical Wednesday with drivers in most cities expecting longer delays.  Drivers trying to avoid the worst delays should avoid travelling between 2:00-5:00 p.m.

“Encouraged by low gas prices1 and a steady economy, travellers will experience more traffic on our roads than in recent years when more people stayed closer to home for the holiday,” said Jim Bak, INRIX Analyst. “While good news for businesses, drivers will battle more traffic heading out of town this year, particularly on routes near major airports.”

Top 10 Busiest Cities for Thanksgiving Traffic
Los Angeles, New York, Portland, and San Francisco top this year’s list of worst traffic cities with trips out of town expected to take from 25-36 percent longer than a typical Wednesday afternoon.  The chart below predicts the peak congestion period and extent of delays for the 10 worst cities.

Added Bak, “Our advice to drivers wanting to avoid the worst traffic is to leave by 2 p.m. or after 6 p.m. on Wednesday.  If it’s possible to wait to leave until Thanksgiving morning, roads will be free and clear as long as you’re not heading to the Macy’s parade or a major shopping center to get a leg up on Black Friday.”

The above chart shows, for example, the average trip in Los Angeles on the day before Thanksgiving is predicted to take drivers more than a third longer than usual. “Los Angeles is simply the worst place to be on the Wednesday before Thanksgiving,” said Bak. “The combination of people arriving for the holiday with those leaving town and normal commuter traffic will result in steady traffic all day long.”

Busiest Airport Routes
Traffic congestion this year is expected to be worst on key routes to and from major airports nationwide as travelers headed toward flights combine with car travelers to create bottlenecks at these locations. Travelers who can’t avoid peak travel times should leave up to 30 minutes earlier than they would typically leave for the airport in normal traffic.  For example, travelers headed to JFK via the LIE (Long Island Expressway) should allow an extra 31 minutes of travel time to get to the airport between 2 p.m. and 6 p.m.  Drivers who want to avoid the worst congestion should travel outside these peak hours.

Black Friday Forecast
INRIX also analysed traffic levels around America’s busiest shopping centers over the last three years to predict what drivers can expect travelling around these areas on Black Friday.  INRIX analysis forecasts traffic congestion will peak between 1 p.m. and 5 p.m., advising shoppers to head out early to avoid the worst traffic delays and hassles finding parking at the mall.

The following table tracks the Top 10 Busiest U.S. Shopping Centers, the peak congestion hour and the percentage change over 2013.

For travellers wishing to stay up to date on the latest traffic conditions during the Thanksgiving holiday weekend, the INRIX XD Traffic app provides free, up-to-the-minute insight into current traffic conditions as well as traffic forecasts for all highways, city streets and other heavily travelled local roads nationwide. The INRIX XD Traffic App is available on iOS, Android, Blackberry, Windows Phone and Windows 8. To learn more as well as download the app, visit www.inrixtraffic.com.

Traffic Forecast Methodology
INRIX analyzed the Thanksgiving holiday periods from 2010-2014, traffic trends from major national holiday weekends in 2013 and current traffic trends to predict what drivers might expect over the upcoming Thanksgiving getaway and holiday weekend. In measuring the shifts in traffic congestion over these holiday periods, INRIX uses a common measure for congestion called the Travel Time Index referred to in our research as a percentage representing the amount of delay drivers can expect on these days due to traffic.

About INRIX
INRIX is one of the fastest growing big data technology companies in the world. The company leverages big data analytics to reduce the individual, economic and environmental toll of traffic congestion. Through cutting-edge data intelligence and predictive traffic technologies, INRIX helps leading automakers, fleets, governments and news organizations make it easier for drivers to navigate their world. Our vision is simple – to solve traffic, empower drivers, inform planning and enhance commerce.

Whether through an in-car or smartphone navigation application, a local newscast or our INRIX Traffic app, our up-to-the-minute traffic information and other driver services reach more than 150 million drivers to help them save time, fuel and frustration. INRIX delivers traffic and driving-related insight, as well as sophisticated analytical tools and services across six industries covering more than four million miles of road in 40 countries. For more information visit us at www.INRIX.com.

1 According to OPIS/Gas Buddy, the national price per gallon at the pump is down 30 cents per gallon on average nationwide compared to November 2013. 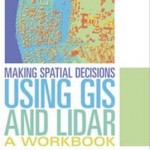