MCLEAN, Va., Sept. 5, 2013 — Science Applications International Corporation (SAIC) [NYSE: SAI] announced today it was awarded a prime contract by the U.S. Army Corps of Engineers (USACE) Baltimore District to provide architectural and engineering services for Hazardous, Toxic and Radioactive Waste (HTRW) and military munitions projects managed by the USACE Baltimore District. The multiple-award, indefinite-delivery/indefinite-quantity (IDIQ) contract has a five year period of performance and a contract value of approximately $125 million for all awardees.

The USACE Baltimore District executes work for its clients to clean up contaminated sites, ensure environmental compliance, and help address environmental issues associated with property acquisition or transfer. Under the contract, SAIC will provide architectural and engineering services as required, including study, investigation, design and construction phase engineering services for HTRW and military munitions sites within the boundaries of the North Atlantic Division, and other mission areas as assigned. SAIC will provide environmental consulting services to support the district and their clients in conducting investigations and assessments, designing solutions to mitigate unacceptable risk to humans and the environment, and communicating relevant information to the public. SAIC is one of five contractors who will compete for task orders under the contract.

"SAIC is very pleased to have the opportunity to work with the North Atlantic Division and the USACE Baltimore District in identifying and addressing hazardous, toxic, and radiological contamination at Department of Defense properties and safety issues associated with unexploded ordnance and discarded military munitions, said James R. Moos, SAIC senior vice president and group general manager."

Portions of SAIC are to be renamed Leidos, following SAIC’s planned separation into two independent, publicly traded companies, subject to board of directors approval, as announced Aug. 30, 2012.

About SAIC
SAIC is a FORTUNE 500® scientific, engineering, and technology applications company that uses its deep domain knowledge to solve problems of vital importance to the nation and the world, in national security, energy and the environment, critical infrastructure, and health. The Company’s approximately 38,000 employees serve customers in the U.S. Department of Defense, the intelligence community, the U.S. Department of Homeland Security, other U.S. Government civil agencies and selected commercial markets. Headquartered in McLean, Va., SAIC had annual revenues of approximately $11.2 billion for its fiscal year ended January 31, 2013. For more information, visit www.SAIC.com. SAIC: From Science to Solutions®

Statements in this announcement, other than historical data and information, constitute forward-looking statements that involve risks and uncertainties. A number of factors could cause our actual results, performance, achievements, or industry results to be very different from the results, performance, or achievements expressed or implied by such forward-looking statements. Some of these factors include, but are not limited to, the risk factors set forth in SAIC’s Annual Report on Form 10-K for the period ended January 31, 2013, and other such filings that SAIC makes with the SEC from time to time. Due to such uncertainties and risks, readers are cautioned not to place undue reliance on such forward-looking statements, which speak only as of the date hereof. 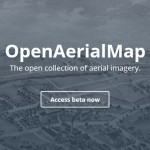