CHICAGO, IL — (Marketwired) — 04/04/13 — Cobra Electronics Corporation (NASDAQ: COBR); the leading designer and marketer of award-winning automotive consumer electronics, today announced its sponsorship with the Nitto Tire U.S. Touring Car Championship (USTCC), one of the largest and most celebrated professional road racing series comprised of late model sport compact sedans on some of the best tracks in North America. Through this exclusive sponsorship, Cobra will provide product giveaways that will be presented to the race teams throughout the 2013 USTCC racing season, which runs from April 13 through November 10, 2013. The USTCC partnered with the FIA World Touring Car Championship (WTCC) in 2012. The WTCC has one of the largest footprints in the racing industry, with races in 60 countries and an estimated audience of 250 million people.

In addition to the product giveaways, a Cobra Vedetta "Drivers Rule" Award will be presented to the winning team of each race. This award will include the presentation of an innovative, consumer-favorite automotive product — the supercharged Cobra Vedetta 650G radar/laser/camera detection system.

"We are proud to sponsor this series and enthusiastic to align with the professional racing community," said Sally Washlow, president of Cobra Electronics. "We anticipate the 2013 racing season and to its sponsorship with the notable USTCC racing series to be exciting and beneficial for the racing teams and our brand."

The USTCC is a professional road racing series comprising of late model sport compact sedans. The USTCC cars use slightly modified engines and highly modified suspensions with aerodynamic ground effects and sticky Nitto race tires. The series is sanctioned by the National Auto Sport Association (NASA) which is one of the largest motor sport sanctioning groups in the country. Most of the races can be seen exclusively on Final Drive TV (www.finaldrive.net).

Cobra Electronics is a leading global designer and marketer of communication and navigation products, with a track record of delivering innovative and award-winning products. Building upon its leadership position in the GMRS/FRS two-way radio, radar detector and Citizens Band radio industries, Cobra identified new growth opportunities and has aggressively expanded into the marine market and has expanded its European operations. The Consumer Electronics Association, Forbes and Deloitte & Touche have all recognized Cobra for the company’s innovation and industry leadership. To learn more about Cobra Electronics, please visit the Cobra site at www.cobra.com. 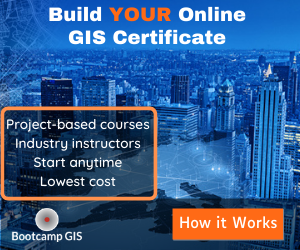