New data released today by the U.S. Census Bureau give more than 2,500 midsized counties, cities and towns [Excel] nationwide (those with populations between 20,000 and 64,999) their first statistical “portrait” since the 2000 Census on a wide range of key socioeconomic and housing topics.

These are the first American Community Survey (ACS) estimates that combine three years of survey responses (2005-2007) to produce data. The technique makes it possible to release a new set of multiyear estimates annually for smaller geographic areas. The three-year data can produce estimates for areas with populations as small as 20,000.

“Today’s release represents an important milestone for data users everywhere,” said Census Bureau Director Steve H. Murdock. “Communities are no longer limited to a once-a-decade look at their population’s characteristics. The ACS’s multiyear data will allow small towns and communities to track how they are changing on an ongoing basis.”

Also released today are three-year estimates for areas with populations of 65,000 or more. The Census Bureau released single-year data for these larger areas in September.

The data are of particular interest to areas that have experienced significant population growth or change since the 2000 Census. Some of the highlights among the top 20 fastest-growing midsized counties [Excel] since 2000 include the following:

Among the other findings for midsized places (cities and towns with populations between 20,000 and 64,999): 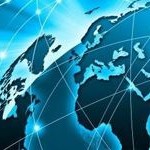