The FIRM Act will reauthorize the National Flood Insurance Program (NFIP) for five years, through 2013. The bill doubles funding for the Federal Emergency Management Agency (FEMA) program, from $200 million to $400 million per year.  It extends mapping to a 500-year flood plain, as well as areas protected by levees and dams, and reestablishes the Technical Mapping Advisory Council (TMAC).

During House consideration of H.R. 3121, an amendment by Rep. Barney Frank (D-MA), Chairman of the Financial Services Committee, was adopted by voice vote. The amendment included three key areas that the MAPPS Task Force on FEMA flood map modernization and reform recommended to Congress. The provisions included using current, state-of-the-art geospatial technologies for collection of new elevation data, mapping on a watershed basis rather than by political jurisdictions, and the inclusion of a member of a professional mapping association on the Technical Mapping Advisory Council (TMAC) that will advise FEMA on further improvements to the NFIP mapping program.

“Passage of this bill is a testament to the hard work of the MAPPS staff and our FEMA Task Force members,” said Marvin Miller, CP, PLS, PPS, MAPPS President (AERO-METRIC, Inc., Maple Grove, MN). “The members of the MAPPS Task Force have worked to educate members of Congress and their staff of the capabilities available to enhance data acquisition for NFIP.”

On June 12, 2007 Dr. Maune testified before a House Financial Services Subcommittee on behalf of MAPPS on flood mapping improvements. In his testimony, he urged Congress to adopt the MAPPS reforms, which were included in the bill passed by the House today. The House passed H.R. 3121 by a vote of 263 to 146.

“This is a great victory for MAPPS, but more importantly, this bill will benefit the entire Nation,” said Suazo, Chairman of the MAPPS Task Force.

About MAPPS
Formed in 1982 and currently celebrating the 25th anniversary of the association, MAPPS is the only national association exclusively comprised of private firms in the remote sensing, spatial data and geographic information systems field in the United States. Current MAPPS memberships spans the entire spectrum of the geospatial community, including Active Member Firms engaged in satellite and airborne remote sensing, surveying, photogrammetry, aerial photography, hydrography, charting, aerial and satellite image processing, GPS, and GIS data collection and conversion services. MAPPS also includes Associate Members Firms, which are companies that provide hardware, software, products and services to the geospatial profession in the United States and other firms from around the world. MAPPS provides its members opportunities for networking and developing business-to-business relationships, information sharing, education, public policy advocacy, market growth, and professional development and image enhancement. For more information on MAPPS, please visit www.MAPPS.org. 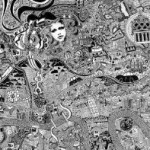